Kalulushi Municipality lies in the Copperbelt province of Zambia. Copperbelt province accounts for about 67% of the national GDP through mineral loyalties. The District is situated at about 15 kilometres to the West of the City of Kitwe and borders Mufulira to the North-East, Kitwe to the East, Chingola to the North and Lufwanyama to the South and Western sides. The district covers an area of 725 square kilometres. It stretches from Chambishi to the West of Kalulushi Township, covering Kafubu Depot, Chati, Chisangwa and several villages to the south of Chembe farming block. It has an average population density of 109.4 people per square kilometre with a current population of 96,206 (C.S.O. 2010). It remains one of the smallest viable but and innovative municipalities on the Copperbelt of Zambia.

Historically, Kalulushi town was founded in the early 1960s as a mining town. Before 1977 the town was under the jurisdiction of Kitwe. However, due to growth in population, Kalulushi attained district status in 1977 and subsequently became a Municipal Area in 1992. Since then, Kalulushi has been a Planning Authority with statutory powers under the local government act cap 281 to provide public services to the residents within its jurisdiction and mandate undertake physical planning under the Town and Country Planning act cap 283 of the laws of Zambia.

Kalulushi has evolved around a dual economic structure i.e., mining as the major economic activity supplemented by agriculture. The other economic activities in the municipality includes brick manufacturing, tourism, agro-forestry particularly timber production. It is also the home of the Chambishi Multi-Facility Economic Zone whose main activities includes production of copper, explosive manufacturing etc.

Historically Kalulushi has been envied as an ideal residential destination because of its beautiful and serene environments. In fact, most of the Chief executives of the then Zambia Consolidated Copper Mines (ZCCM) still live in Kalulushi.

Today, as part of the investment attraction programme, the Municipal Council has availed land for both individual (2000 units) and institutional(820 units) housing development in Kalulushi Central while 3000 housing units are expected to be construed in the Chambishi area as part of the Multi-Facility Economic Zone.

Other developments include the recent establishment of the first Zambia Catholic University in Kalulushi Central, which has added additional status value to this small town.

With the revival of the mining sector, much more growth potential has been identified in the Chambishi industrial zone. Current mining activities have attracted an investment of over US $ 150 million and already offering more than 2000 jobs. The major activities in the zone include; production of copper using leaching and smelting methods, foundry works, acid production, explosive manufacturing and construction of the biggest ever copper smelter in Zambia. Current projections reveal that about US$900 million has been invested in the multi-facility economic zone which is expected to generate about 6000 jobs from 50 companies when fully operational. At full capacity, the zone is expected to diversify into manufacturing, construction, glass production, oxygen production and many more multiplier activities.

It is apparent that though Kalulushi suffered economic slumber shortly after privatization, the district is now destined for high economic growth. 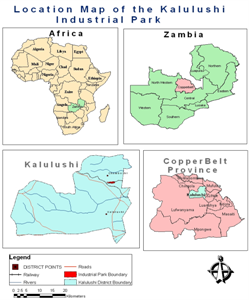 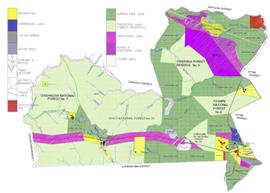 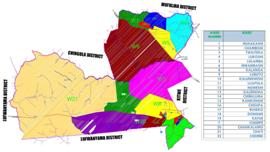 Here, you can change both the grid size of the Mainbody/Sidebar position, but also the location of the sidebars. You can place the sidebars at varying combinations to the left, right or both or the Mainbody.

This is made easy with Gantry with the Force Positions parameter for each layout, allowing you to set the count to a specific row number, such as 4, even if 4 modules are not published for that row.

Features are specific elements of functionality, that are incredibly flexible and can be used to perform any kind of logic you would need. They are injected into a position when enabled, and are stacked vertically; inclusive of: Date, Font Sizer, Login Panel and more.

Configure at Admin → Extensions → Template Manager → Diachron, then go to Layouts to set the grid widths and allocated positions.

By default, each grid is given an equal distribution, but this can be modified to a custom distribution between modules, such as 3/4/5 instead of 4/4/4. These options are available for when 2-6 modules are present.

If no modules are published to a position, the entire area or row will not appear or collapse.